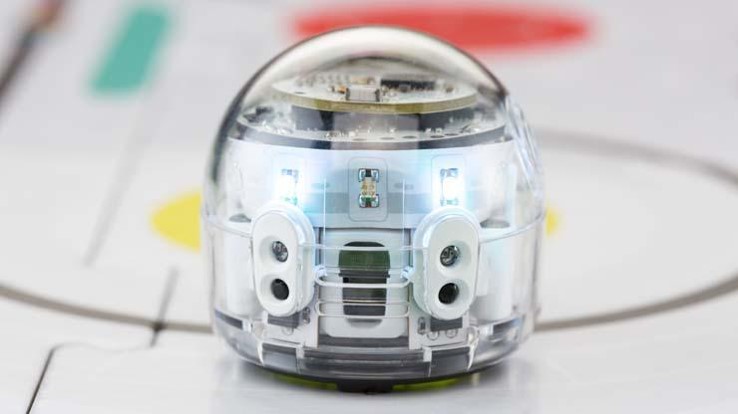 The sixth annual CodeRED event for the Central Jersey Alumnae Chapter (CJA) of Delta Sigma Theta Sorority Incorporated was held on December 9, 2022 at the Roosevelt Elementary School in New Brunswick, NJ. The event was quite a success! This was the second time we used robots as an application to teach about computer science. What made it especially exciting this year was that this was the first time we conducted CodeRED in school with two classes of third grade students.

The CodeRED Day of Service takes place during Computer Science Education Week and is part of a global initiative to inspire K-12 students to learn about computer science. CodeRED aims to expose, inspire and motivate more children of color, especially girls, to the world of computer coding and technology. There were 38 predominately Hispanic students, ages 8 and 9, who participated in the activities, supported by 8 members of CJA. Our Soror Latifa Bell, who is a teacher at Roosevelt Elementary, was our host during the sessions and supported us as we taught her two classes about computer science.

The session started with a fun video made by code.org encouraging children to explore computer coding. We also showed a video highlighting many Hispanic computer scientists and their contributions to their field. We talked about how computers are an integral part of our lives as they are used in smartphones, cars, appliances and even Marty the Robot, a real robot that navigates the aisles at the local Stop & Shop supermarket. Computers and robots only do what we tell them to do and instructions have to be correct. We drove home that point with a game where the children had to give verbal instructions to a human robot, played by one of our Sorors, to navigate an obstacle course in the classroom. They loved it!

In the coding exercises, the children coded a pocket-sized robot called EVO the Ozobot. The Ozobot is able to understand two programming languages – a unique color-code language and a block-based language called Ozoblockly. With the color-code language, the third-graders had to code instructions to make the robot travel a path to get from ‘home’ to ‘school’ on a map we gave them, making the correct turns at intersections. The children collaborated to code and test their robots and were happy when their robots reached the destination.

With the Ozoblockly language, the children used their Chromebooks to connect to their robots to code and run their programs on their Ozobots. Their robots danced, flashed their colored lights and even talked at the command of the coding written by the students. Connecting with their Chromebooks allowed the students to see quick results to changes they made. Their cheers and applause when they saw their robots perform were priceless.

Each student received a certificate of achievement at the conclusion of the activity. The hope is that they will continue to learn more about and build interest in computer science. The real-time feedback from the children indicated that they thoroughly enjoyed the experience so much so that they asked when we were coming back. We all found the experience very fulfilling and will likely be back next year to do it again.