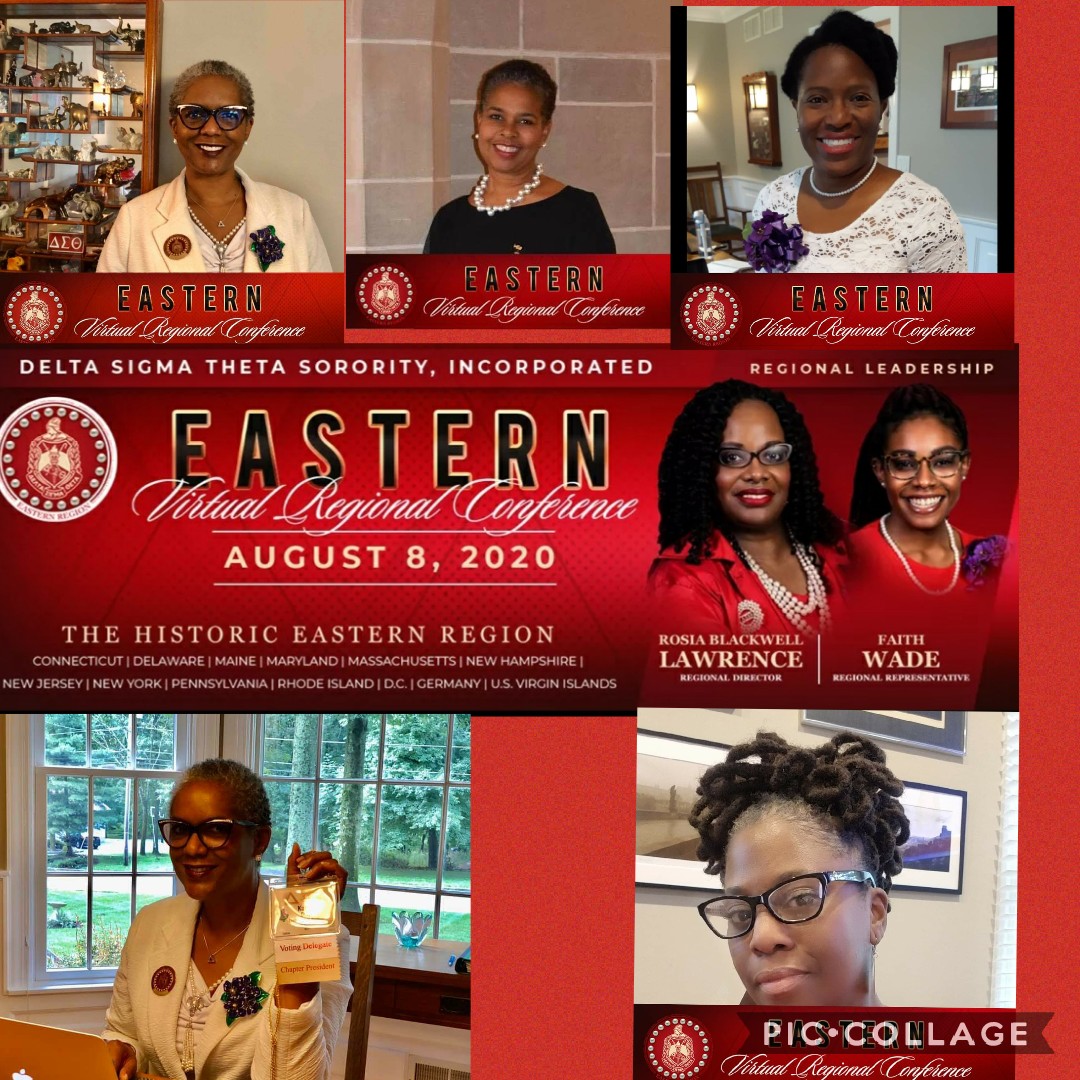 The CJA Deltas initially planned to attend the 52nd Eastern Regional Conference in Maryland during the weekend of August 6th-9th. Although a public gathering was cancelled due to the public health crisis, our amazing organization, Delta Sigma Theta Sorority, Inc., moved forward with an unprecedented virtual conference. CJA members, adorned in the sorority colors, logged in ready to conduct business virtually on Saturday August 8th. By the end of the daylong conference, the CJA Deltas had received the following regional awards:

We enjoyed our first ever virtual conference and were proud to participate! We are equally proud to be recognized for the impactful programs and services we provide to our service areas in Middlesex, Somerset, and Union counties. Whether in person or virtually, we look forward to being as impactful in 2020-21. #CJADeltas #TheEast #DST1913 #DSTVirtual2020