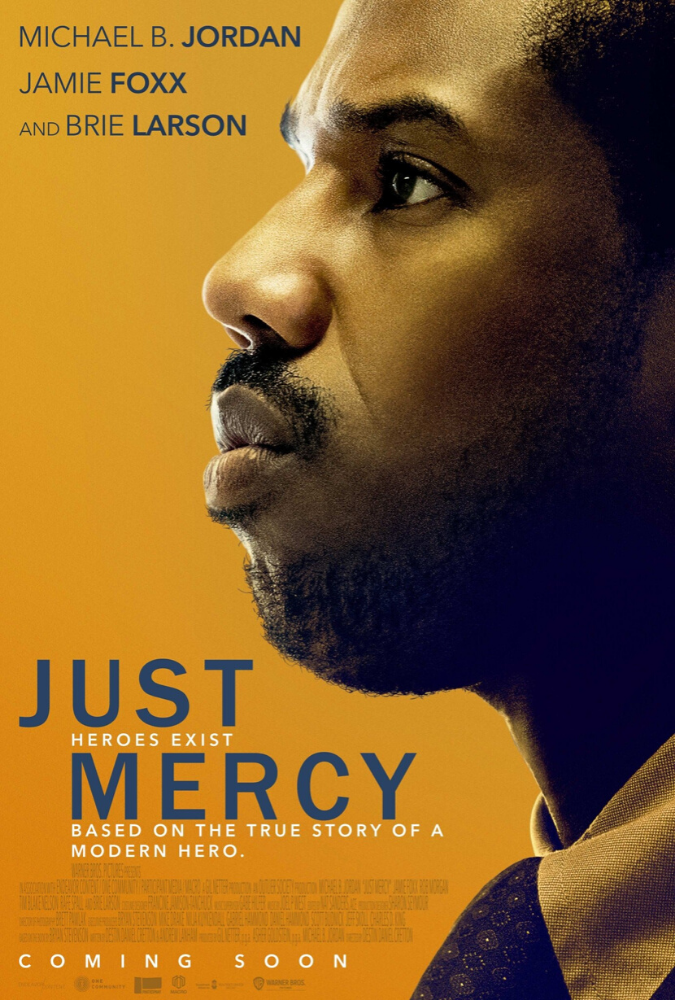 On Sunday, January 11, 2020, the Central Jersey Alumnae Chapter (“CJA Deltas”) presented a sold out, Red Carpet event at the Reading Cinemas Manville. Hosted by the Arts & Letters Committee, the chapter held a private screening of the movie Just Mercy and over 200 guests were in attendance. Viewers were immediately impressed by a personal, on-screen welcome from cast member Karan Kendrick to CJA members and guests. Kendrick portrays Millie McMillian, the wife of Jamie Foxx’s character, death row inmate Walter McMillian. Viewers subsequently experienced a range of emotions as they watched the movie - laughing, clapping, and crying at various portions. At the conclusion, a thoughtful post-movie discussion was facilitated by Arts & Letters tri-chairs Denice Ware, Nicole Rogers, and Sheyreese Sayers. Guest panelists included attorneys Douglas Mitchell and Cathleen Price. Mitchell, a social justice advocate who specializes in criminal defense and bankruptcy law in his private practice is also Conflict Counsel for the State of New Jersey, Office of the Public Defender, where he represents both juveniles who are criminally charged and adult defendants. Price was personally sent to the screening by Just Mercy author Bryan Stevenson to represent the grassroots organization he started in 1989, the Equal Justice Initiative (EJI). She has worked for EJI for 27 years and knew many of the characters represented in the movie.

Topics during the discussion were thought-provoking. We learned that racial disparities exist everywhere, but the United States has the most prisoners of any country. In fact, approximately six million Americans can’t vote due to felony disenfranchisement. Mitchell commented that although there is no death penalty in the state of New Jersey, there are life sentences with no eligibility for parole due to issues of mass incarceration and racial injustices. Price spoke to the prosecutorial misconduct seen in the movie and suggested that the movie can teach lawyers how to hone their craft. It can also teach others what to expect, and help people ensure the right questions are being asked and that their cases are handled properly by counsel in their own personal matters. She noted that there has been a 500% increase in incarcerations since 1970 and an increase in the use of the death penalty. Price stated that as community members, we should be calling elected officials to express our outrage. While prosecutors in some states are elected, they are appointed by the governor in New Jersey. It was stressed to attendees that we hold our governor accountable for who he appoints and the actions they take. Price challenged us to educate people on the prosecutorial function and to advocate for which crimes should be prioritized. She added, “Cruelty never helps us get to a better place, and that one in 10 cases are exonerated. Price said that we would never get on a plane with such odds and wondered why we accept this with regard to death sentences. A viewer asked what we can do to ensure that persons who abuse their power, lie, and violate the legal rights of others don’t remain in power. Sadly, Price explained that the government is held to a higher standard of proof when it is accused of misconduct, but she and Mitchell concurred that we must vote and engage in voter facilitation.

Delving deeper into the issue of convicted felons, Price stated that a problem with the right to vote is that the administration of it is left to the states. In Massachusetts, one never loses the right to vote and machines are brought into the prisons to allow prisoners to vote. Some states allow felons to have the right to vote after a period of time such as five years, and still others strip the right completely. Price said, “It’s a disenfranchisement technique related to the mass incarceration of black people.”

An attendee identified herself as a teacher and referenced the school to prison pipeline, commenting that schools often mimic law enforcement in their treatment and criminalization of students. Mitchell explained that schools have special authority and some autonomy. As such, consulting with law enforcement doesn’t have to be the first response of schools in many incidents. He also discussed programming designed to show what it feels like to live under martial law and bringing in trauma specialists who can raise the discourse. Another guest asked what can be done to decrease incarceration for minor crimes. Mitchell said lawyers should listen to their clients because often there’s a rush to judgment. He added that we should push for diversionary programs and look at alternatives to incarceration, that we must be educated about the process, and that we must engage our elected officials. Price stated that we must begin to show up in court if we have the space and time because “our presence in he courtroom changes the dynamic.”

Overall, it was a wonderful event and viewers left with strategies to make an impact. It is important to note that Bryan Stevenson, whose mother is a member of Delta SigmaTheta, was invited but could not attend. He sent his regrets and provided a 2020 EJI calendar for each attendee titled “A History of Racial Injustice.” Each guest left with a calendar in hand.Chair Denice Ware thanked Mitchell and Price for their participation and assured them that the CJA Deltas are heavily involved in social action. She affirmed that we try to ensure a social action component to most activities in which we engage such as this Arts & Letters Red Carpet event. Ware and President Karen Wade Culp gifted Mitchell and Price with a signed copy of She Came to Slay: The Life and Time of Harriet Tubman by Erica Armstrong Dunbar and gratitude was also expressed to attendees for their support of this event. The CJA Deltas left with the understanding that we have a lot of work to do…and we are ready. See our press release by clicking here.