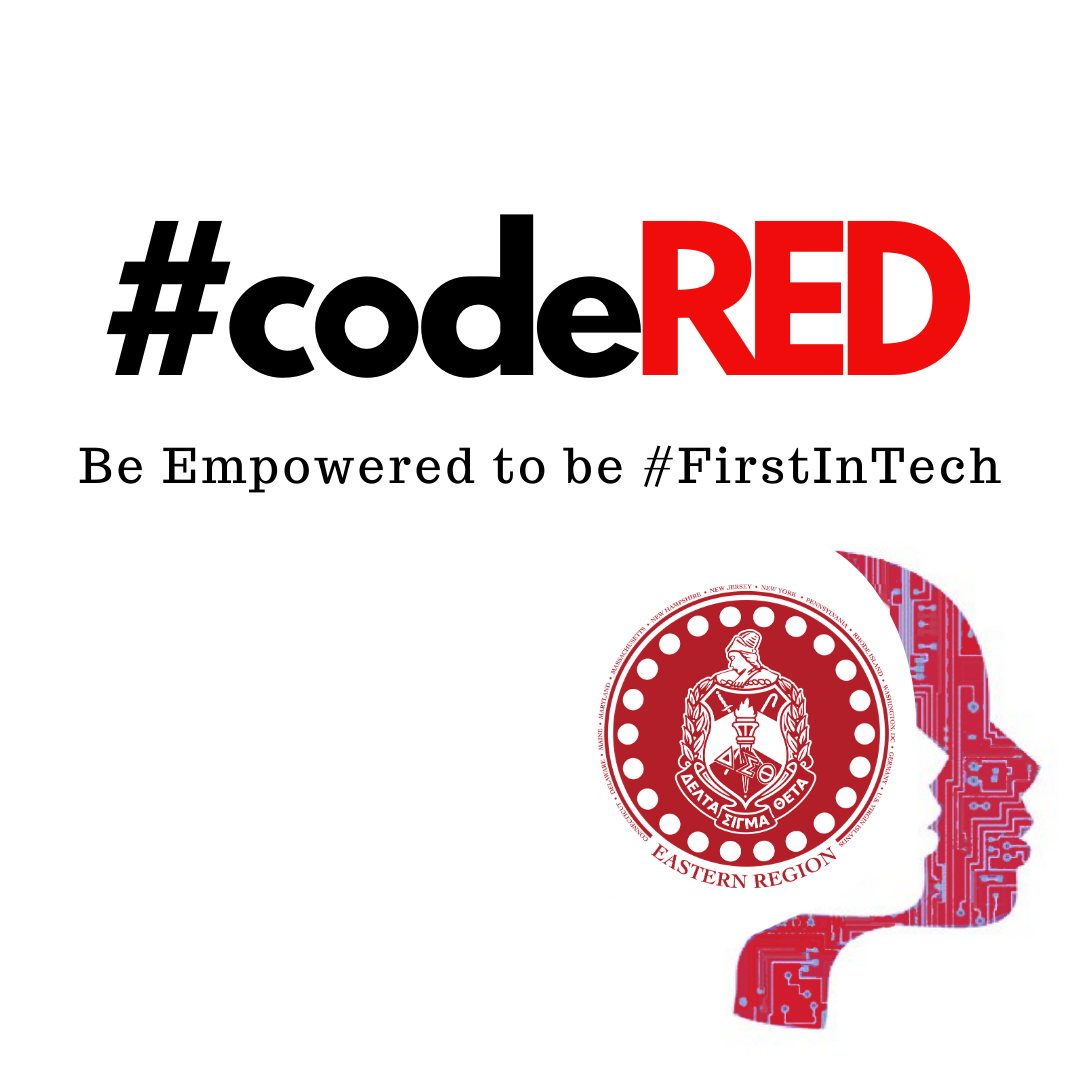 The third annual CodeRED event for Central Jersey Alumnae Chapter (CJA) was held on December 14, 2019 at Washington Community School in Plainfield, NJ. The event was quite a success! What made it especially exciting this year was that robotics were used as an application to teach about computer coding.

The CodeRED Day of Service is part of a global initiative to introduce millions of students worldwide to Computer Science. Taking place on the "International Day of Code", CodeRED aims to expose, inspire and motivate more children of color, especially girls, to the world of computer coding and technology. There were 29 girls, ages 11-14, from the Delta Academy program who participated in the activity, supported by over a dozen sorority members from the CJA Technology and Delta Academy committees.

The session started with a fun video highlighting computer science and the purpose of the Hour of Code activities. Computers are such an integral part of our lives whether it’s the computers in our smartphones, cars, games, appliances or even robots. All of these computers have to be programmed. The girls also learned about Dorothy Vaughn, an African-American "hidden figure" who taught herself the FORTRAN computer language to program NASA's computers.

In the coding exercises, the young girls coded a pocket-sized, app-connected robot called an Ozobot.

The Ozobot is able to understand two programming languages - a unique color-code language and a block-based coding language called Ozoblockly. With the color-code language, the young girls had to code instructions to make the robot travel a path to a specific location and navigate around roadblocks. The girls worked collaboratively to code, test, debug, and test again…multiple times. With the Ozoblockly language, the young girls used

donated laptops and the Ozobot app to code the robot and run their programs which the made their Ozobots dance. Some went as far as to make their robots say a word or two! Their victory cheers and applause each time they accomplished a task were priceless. EVERY young lady was engaged and showed an interest in the technology. Click here to watch the video.

Each girl received a certificate of achievement at the conclusion of the activity. The hope is that they will continue to learn more about and build interest in computer science. Learning about computer science can be the opportunity for someone you know to change the world!  We join #TheEast in saying "Be Empowered to be #FirstInTech"!