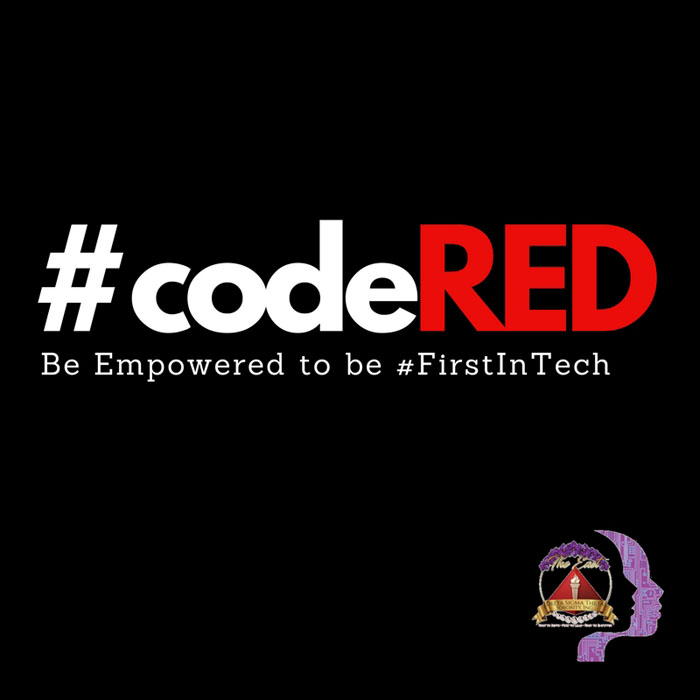 The second annual CodeRED event for Central Jersey Alumnae Chapter (CJA) was held on December 8, 2018 at Washington Community School in Plainfield, NJ. The event was quite a success!

The CodeRED Day of Service was part of a global initiative to introduce millions of students worldwide to Computer Science. Taking place on the "International Day of Code", CodeRED aims to expose, inspire and motivate more children of color, especially girls, to the world of code and technology.

The Central Jersey Alumnae CodeRED session used the "Hour of Code" resources provided by code.org. There were 22 girls from the Delta Academy program who participated in the session supported by over a dozen sorority members of the CJA Technology and Delta Academy committees.  The session started with several fun videos highlighting computer science and the purpose of the Hour of Code activities. This was followed by two engineers from the Sorority discussing their technical careers which depend heavily on computer science. They talked about how computers are such an integral part of our lives whether it’s the computers in our smartphones, computers in our cars, or computers being used as tools for automation.

The girls then completed a “human robot and programmer” game. In the game, the programmer directed the robot through an obstacle course by giving directional hand signals based on a map of the course, but without facing the course or the robot – like a programmer giving instructions to a computer. A bug in the program was introduced to show how programs don’t always work right the first time. The students learned that the computer (or robot in this case) only does what the programmer tells it to do!

Finally, the girls had the opportunity to play Star Wars and Minecraft games designed by code.org using block code. The Delta Academy team provided Chrome laptops for the activity.  The games quickly captured the interest of the students and in a short time they were writing code to make Star Wars' BB8 character pick up scrap metal or to find treasure in MineCraft! All with wonderful sound effects!

Each of the students received an Hour of Code certificate upon completion of their exercise. The students had a lot of fun and in the end learned quite a bit about coding.