Greetings!
Thank you for visiting the website of Central Jersey Alumnae Chapter of Delta Sigma Theta Sorority, Inc. We are a mighty and dynamic chapter of over 200 members.

We are a sisterhood committed to community service in the Union, Middlesex and Somerset counties of New Jersey. Please visit our site frequently to stay informed about our upcoming events and about how we are impacting our community. 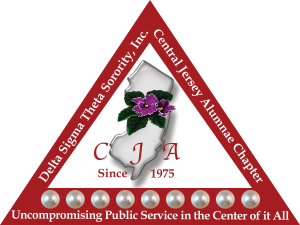 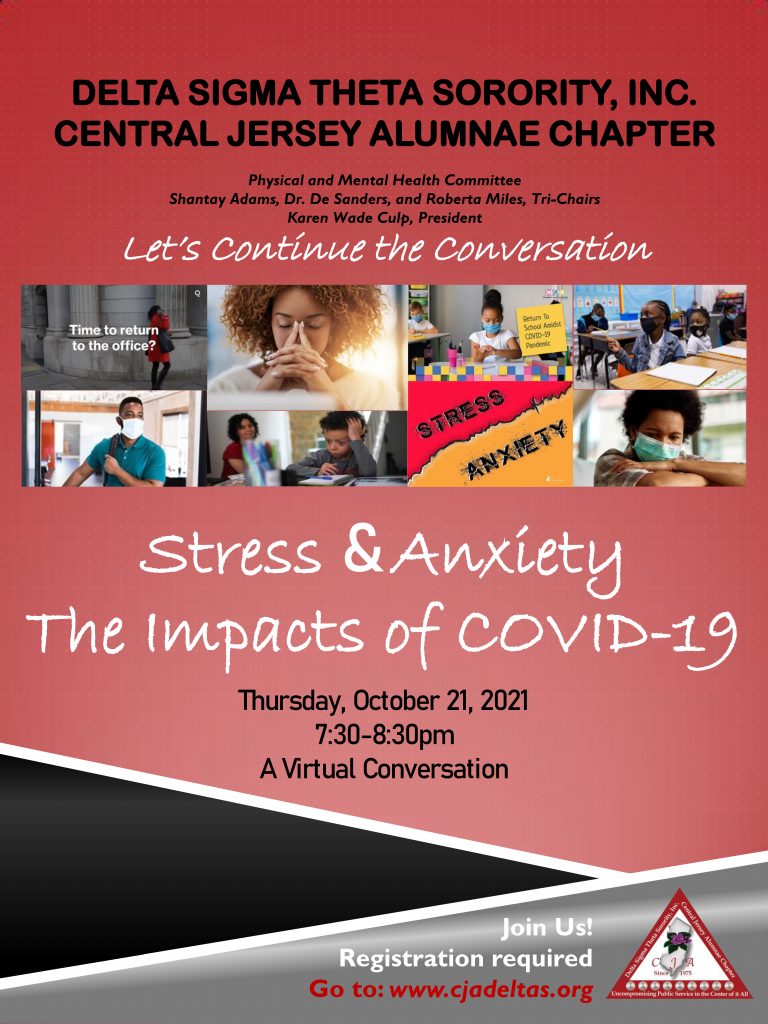 Although we are counting down to the 55th National Convention we could not leave out a spotlight on our annual legislative conference - Delta Days in the Nation's Capital! It is during this conference that members come together to advocate, collaborate, educate, discuss, and strategize on federal legislative priorities and proposals impacting the communities where our members live, work, and serve.

Since 1913 we have been using the collective power in our voice to boldly confront the challenges impacting the communities we serve and represent. Our Founders participation in the Suffrage March of 1913 was the first step in Delta Sigma Theta marching on the forefront of the movement to secure equal political, educational, and economic rights for all Black people.

To learn more about our social action endeavors visit www.deltasigmatheta.org/social-action-center.

Timeline PhotosThere's More in Store For You ... See MoreSee Less

Sisterhood and social action hold a special place in the hearts of all members of Delta Sigma Theta - and BOTH are on display at every national convention. As a member of the National Social Action Commission, Dr. J. Nadine Gracia knows a lot about spreading the JOY in our sisterhood and amplifying the POWER in our voice. Soror Gracia was recently elected to the Global NGO Executive Committee, where she will officially represent Delta Sigma Theta Sorority, Incorporated!

The Global NGO Executive Committee is comprised of eighteen representatives elected by organizations officially associated with the United Nations Department of Global Communications (DGC). The Executive Committee was founded to promote a closer working relationship between the United Nations and the NGOs associated with UN DGC. GNEC acts as a liaison between the NGO community and UN. It helps constituents make more effective use of their association with the UN DGC. Having representation as a NGO on this important committee is historic for Delta Sigma Theta and the work we do to service global communities.

In addition to her Delta duties, Soror Gracia serves as the Executive Vice President and Chief Operating Officer at Trust for America’s Health, a nonprofit, nonpartisan, public health policy, research, and advocacy organization. Prior to joining Trust for America’s Health, Dr. Gracia served in the Obama Administration as the Deputy Assistant Secretary for Minority Health and Director of the Office of Minority Health at the U.S. Department of Health and Human Services.

Soror Gracia was initiated into Delta Sigma Theta in 1994 through the Omicron Chi Chapter at Stanford University and is a current member of the Montgomery County (MD) Alumnae Chapter.

Join us in lifting both the JOY in our sisterhood and POWER in our voice in celebration of Soror Gracia!

Delta Sigma Theta Sorority, Incorporated encourages everyone to prioritize breast health in honor of October being Breast Cancer Awareness Month. One in eight women will be diagnosed with breast cancer in their lifetime. Unfortunately, Black women are often diagnosed at later stages and suffer from disproportionately higher mortality rates compared to our counterparts. We must use the power in our voices to help our sisters take care of themselves as we care for everyone around us.

Perform routine monthly exams, schedule annual mammograms, and make sure the women in your network have done the same.

Where and how the lines are drawn influences everything from who is likely to be
elected to now resources get allocated. The redistricting process occurs every ten years, informed by data
obtained by the U. S. Census.

U.S. Census 2020 data was released in August 2021. As a result, New York will lose one of its 27 congressional
seats. Accordingly, a map must be drawn to re-create 26 congressional, 63 state senate, and 150 Assembly
districts to be used for NY elections beginning next year and continuing through 2030.

Westchester County could likely see a change to its three congressional districts, as the county population has
increased to over 1 million people for the first time in history.

Members of the public are invited to review and send the Commission feedback on their Public Input page: nyirc.gov/participate or to request to testify at the Commission’s hearings in October: nyirc.gov/meetings.

Today's #55tothe55th post is dedicated to Soror Sherina Maye Edwards, Co-Chair of the National Constitution & Bylaws Committee. Earlier this year Soror Edwards had the distinction of being named the FIRST Black, woman Chief Executive Officer of one of the U.S.’s largest women-owned utility specialty companies, INTREN.

In this role, Soror Edwards leads the company's team of almost 2,000 employees who work with the nation's leading utility providers, developers and municipalities to build and maintain its infrastructure, providing innovative design, construction and management solutions.

She has been nationally recognized as a leader in the utility and energy sector with vast experiences in both the public and private sector. In 2016, she was appointed by President Barack Obama and U.S. Secretary of Transportation Anthony Foxx as Co-Chair of the U.S. Department of Transportation’s Voluntary Information-Sharing System Working Group.

Soror Edwards was initiated into Delta Sigma Theta in 2005 through the Eta Kappa Chapter at Spelman College, and is a Charter Member and First Vice President of the Chicago Metropolitan Alumnae Chapter.

Join us in spreading the JOY in our sisterhood as we continue counting down to the 55th National Convention by celebrating Soror Edwards in the comments!

"Vote like your life depends on it, because it does!"
- Leah Banks, #DSTRVAC Member

One way that you can register to vote is by mail. Scan the QR code, or follow the link below. Both will take you to voter registration applications in each county in New Jersey.
https://www.state.nj.us/state/elections/voter-registration.shtml#vrf

The CJA Deltas hosted a watch party last night for the Eastern Region Awards & Recognition Celebration and were honored to be recipients!

The pandemic has resulted in life loss and many li

The CJA Deltas hosted a watch party this evening f

Posted @withregram • @easternregdst This is Dome

Posted @withregram • @dstinc1913 The members of

Posted @withregram • @easternregdst Today is the

Posted @withregram • @easternregdst Have you vie